Why Do We Move?

In the lead up to World War II, hundreds of thousands of people fled Nazi persecution in Europe. Some of the most vulnerable were children.

Between 1938 and 1940, the Kindertransport, or “Children’s Transport,” helped nearly 10,000 Jewish children escape Nazi-occupied Europe to the United Kingdom.

Many of those evacuated were the children of men and women who were later sent to concentration camps during the Holocaust. Most lived satisfactorily with UK host families or in hostels., but some faced difficulties for being German, Jewish, and not speaking English.

A group of boys from Slovakia prepares to leave for the U.K. on a Kindertransport, May 1939. United States Holocaust Memorial Museum/Courtesy of Max Stern

Beate Siegel (right) and two other girls look out a train window as they leave Germany on a Kindertransport to the U.K., June 1939. United States Holocaust Memorial Museum/Courtesy of Bea Siegel Green

Talkback question: Share Your Story How would you feel if you suddenly had to move to a new place where no one spoke your language? Share your migration stories using #WorldOnTheMove

LEFT: The Kindertransport program took Joel Darmstadter and his brother to Manchester, England, where they lived with an adopted family. Joel (center) is pictured with his brother, his adopted sister, and the family dog. Photo courtesy of Joel Darmstadter

CENTER: Joel Darmstadter with his maternal grandparents in Germany in November 1938, shortly after a wave of violent pogroms that targeted Jews throughout the country. Photo courtesy of Joel Darmstadter

The Kindertransport program helped Joel Darmstadter and his older brother escape from Germany to the U.K. in 1938. In 1940, they traveled to the Netherlands to reunite with their parents and move to New York City. Three weeks later, the Nazis invaded the Netherlands, trapping other Jewish refugees in the country, including Joel’s grandparents. 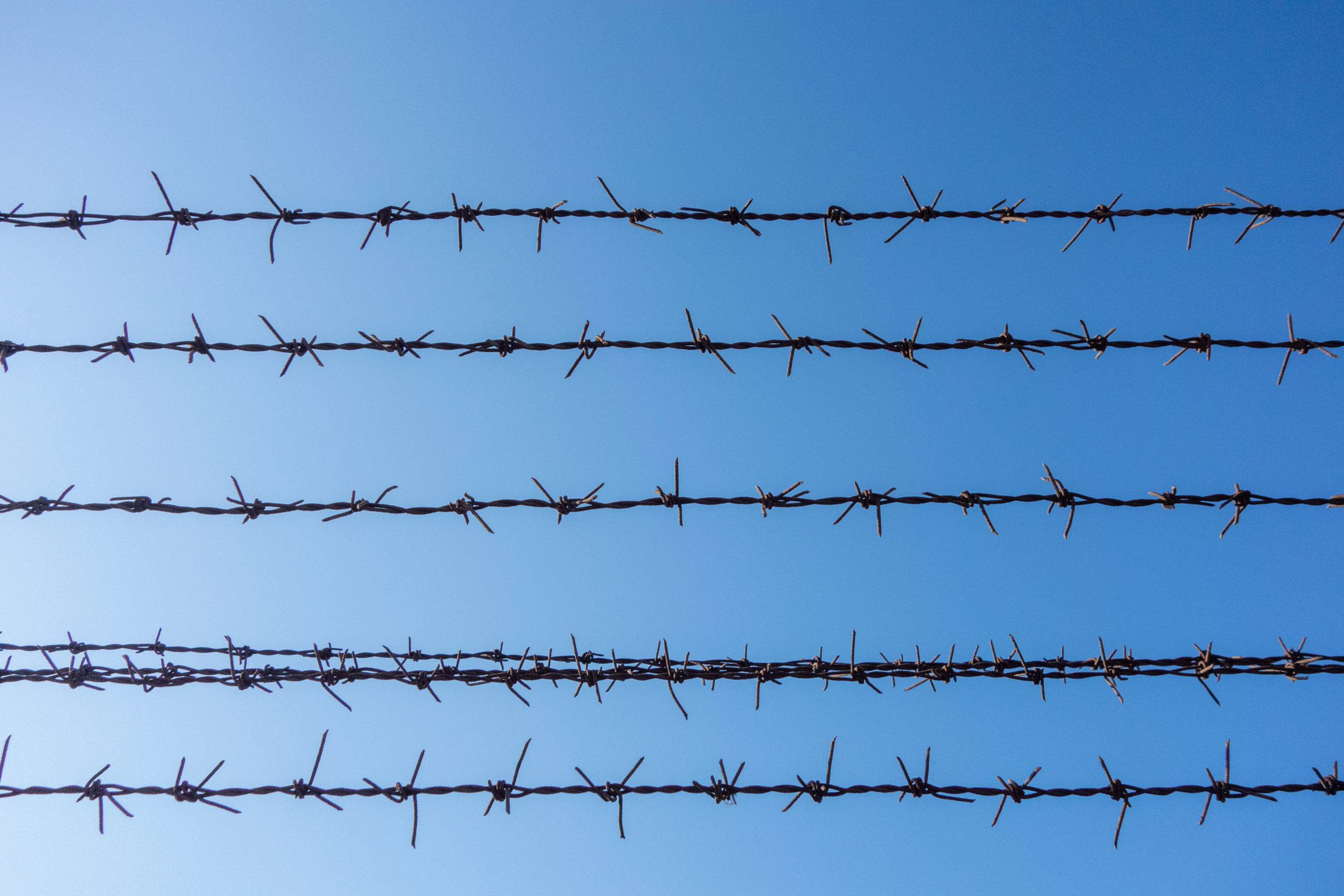 Explore Joel Darmstadter’s story in the flipbook below.

Joel Darmstadter shares memories of how he and his family escaped the Holocaust during World War II and moved to the U.S. in 1940. Photo by Michelle Mehrtens/Ralph Rinzler Folklife Archives/Smithsonian Institution

Joel at age eleven on board the ocean liner Veendam en route from Rotterdam to New York City.

Joel and his wife Ruth (sitting in front row) are proud parents and grandparents, 2003.

Arbeit macht frei (Works sets you free) was the ironic slogan at the entrance to the Dachau concentration camp. Photo by Rapsar/Wikimedia Commons

Joel’s father in Amsterdam wrote this postcard to Joel’s older brother, Heinz, in England in September 1939, during the Jewish High Holy Days.

Joel Darmstadter escaped the Holocaust through the Kindertransport program.

Explore these photos of Joel and his family before, during, and after World War II. All photos are courtesy of Joel Darmstadter unless otherwise noted.

On the night of November 9 to 10, 1938, Nazis attacked Jewish citizens throughout Germany in a wave of organized anti-Jewish violence. The next morning, the Nazis arrested Joel’s father, Karl Darmstädter, and sent him to the Dachau concentration camp.

Following the pogroms in November 1938, the U.K. relaxed some of its restrictions for Jewish refugees trying to escape Nazi-occupied areas of Europe. Joel and his older brother, Heinz (Henry), were among the 10,000 Jewish children who escaped through the Kindertransport (or “Children’s Transport.”) A Jewish family in Manchester, England, adopted Joel and his brother.

Escaping to the U.S.

In 1939, the Nazis released Joel’s father from Dachau and allowed Joel’s parents to move to the Netherlands. In 1940, Joel and his brother left England to join their parents. The family escaped to the U.S. just a few weeks before the Nazis invaded the Netherlands in May 1940.

Approximately 75 percent of the Jews living in the Netherlands at that time perished during the Holocaust.

Joel’s grandson, Ari Neugeboren, was an indispensable contributor to the present project.